Why is the Penguin Update also referred to as the Webspam Update?

This case is similar to the Panda Update, which was also known as the Farmer Update.

When Google announced the “Penguin Update” they officially called it an algorithm-change which was supposed to stem the tides of webspam.

During the announcement, they did not mention that the update was called Penguin internally. Therefore it was generally known as the “Webspam Update”.

Seeing how Google had already been fighting webspam for a long time and did not just start with this update, Danny Sullivan, chief editor of the industry-blog Search Engine Land, looked for a more fitting name for this significant algorithm update.

Upon asking the community, the name “Titanic” entered the game, whereupon Google decided to publish the name they themselves used internally: “Penguin”.

The following Twitter post by Matt Cutts is supposed to be Google’s acknowledgement of the name Penguin: 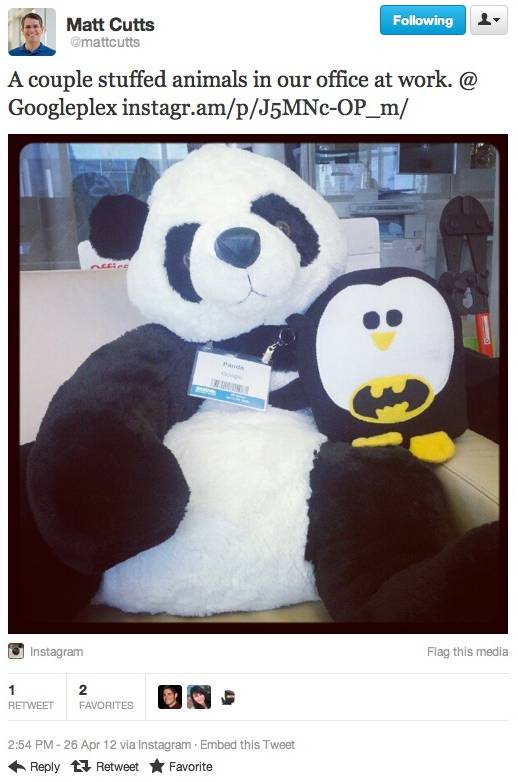 Noteworthy source on this subject: